“Once the game is over, the King and the Pawn go back into the same box.”

I’ve been thinking about how to grow my business from this tiny unknown blog to a big, successful brand. I’ve got growth and success on my mind. I’m visualizing it, and I know it’s coming because the Law of Attraction is, well, a law, and I’m doing what the law states is necessary to manifest my desire. I’m pursuing my passion, I’m taking inspired action, I’m trying to keep a positive attitude with gratitude, while taking setbacks in stride, because I know that it’s all just experience, and we have the power to change our reality any time we want to by changing our thoughts and beliefs. Most importantly, I believe. So, I’m attracting thoughts, ideas and signs that match my vibration into my experience.

Yesterday, I talked about how we choose our experiences in this life for the sake of the experience, regardless of what we choose to be or do, and there’s no judgment. A few days ago, I wrote about how we’re all the same no matter what our experience is. As soon as I published yesterday’s post, the above quote showed up. I attracted this quote for a reason, it’s the final piece of the message matching what I’m focused on right now. I only briefly touched on these ideas in the previous posts, and this quote is a sign to put them all together, and elaborate on the message. It’s a sign from the Universe, letting me know that my success is on it’s way, and ultimately, that success is possible no matter where you start, it’s all about the experience you choose on your way there.

I know that some of you out there are struggling with your circumstances and don’t understand what you did to deserve the pile of crap you’re dealing with, and maybe my message will help you turn things around. Whether your boss is giving you a hard time; or you’re struggling to make ends meet; or you’re being treated unjustly because of the color of your skin, your beliefs or your lifestyle choices; or being made to feel less than because of who you are; or it’s a case of bullying; or being swallowed by the system in a struggle for justice; whatever it is, know that the King and the Pawn come from the same box, and you can chose to “play” with any piece you want.

You’ve heard the stories of Mahatma Gandhi, Stephen Hawking, Oprah Winfrey, J.K. Rowling, Malala Yousafzai, and many other “pawns” who became “king“, here are 3 lesser known stories of how these “pawns” did it. 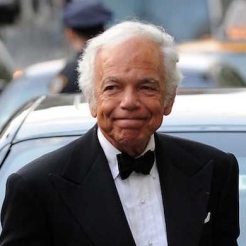 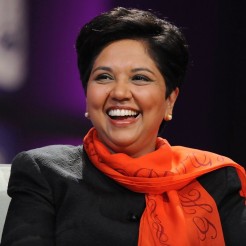 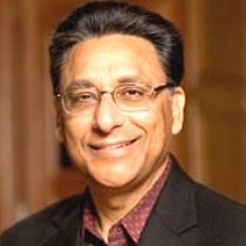 Ralph Lauren
When you think of Ralph Lauren, the Polo logo and the preppy shirts come to mind. The luxurious home decor and expensive clothing conjure up images of wealth and sophistication, elegance and style, for both the brand, and the man. You’d be surprised to know that this man, who is worth $5.6 billion today started with very  humble beginnings. He was born in the Bronx, New York City, to Jewish immigrants, and had to share a bedroom with two of his brothers, while his father painted houses for a living.

After serving in the United States Army for a couple of years, he got his start in business in 1964, working as a sales clerk for Brooks Brothers, all the while dreaming of selling bolder designs in ties. He eventually left Brooks Brothers to become a salesman for a tie company. Although his tie ambitions started while he was still in high school – Lauren was known for selling ties to his fellow classmates, ties weren’t his only ambition. John F. Kennedy and Jimmy Stewart were his heroes, and he imagined himself having a “movie star” personality, and had a desire to be a millionaire, as stated under his picture in the school yearbook.

In 1966, the 26 year-old was inspired to design a wide, European-style necktie, but his employer rejected the idea because they didn’t think it would be a profitable venture. With faith and a desire to “become King” on his side, Lauren left the tie company to establish his own. He began by working out of a drawer in the Empire State Building, taking rags and turning them into ties. He sold his ties to small shops in New York, until Neiman Marcus took notice and bought 1,200 ties.

In 1967, Lauren finally opened a tie store, where he sold his own ties with the Polo label. That year, Lauren sold $500,000 worth of ties. He started Polo the next year.

Lauren’s is a true rags to riches, or pawn to King story, literally.

Vinod Dham
Internationally renowned as “Father of the Pentium Chip” today, Dham’s journey began when the 25 year-old engineering student from India came to the U.S. to pursue a MS degree in Electrical Engineering from the University of Cincinnati in 1975.

At that time, the Indian government would only let foreign travelers exchange rupees for up to eight dollars. You could get an additional $20 from the Reserve Bank of India by showing proof that you were going abroad as a student, but Dham didn’t have the necessary proof, and refused to bribe Indian officials to collect the extra cash, so he left with $8 in his pocket, hoping to collect his $325 monthly assistantship pay for his stay on campus. He quickly learned that he would have to wait until the end of the month to collect his dividend.

Luckily, the UC Foreign Student Office took pity on him after they found out he had $8 to his name, and gave him an advance of $125 out of their petty cash fund. Dham scraped by in those first 30 days, using most of the petty cash contributions to pay for his rent and health insurance, leaving little to fill his belly. It took him five months to pay back the $125. After graduating, Dham went to work for Intel and helped invent Intel’s first flash memory chip.

Dham had a “leap first, look later” mentality from the beginning, and that spirit stayed with him, as was evident in 1995, when at the age of 45, after spending 16 years at Intel and reaching the top management of the company, Dham had a “midlife crisis” and was itching to do something different. He believed if you live in Silicon Valley and have not experienced life as an entrepreneur in a world of startups, you have missed out on a very exciting learning experience. He went on to become the CEO of Silicon Spice, which sold for $1.2 billion in 2002. He is now a venture capitalist, and the richest investor in silicon valley today.

Dham obviously understands that it’s all about the journey, his risk-taking spirit and keen thirst for experience are undoubtedly responsible for his rise from pawn to King.

Indra Nooyi
This story is my favorite, not only because I can relate to the fact that Nooyi is a woman of Indian origin, but she’s a living example of how to manifest your desires, and despite being a powerhouse in an American male dominated corporate world, she rocks gratitude, passion, purpose, and compassion in her management style, and she literally rocks.

She rocked out as the lead guitarist in an all-women rock band in her hometown of Madras, India. She was also a cricket player in college, and sang karaoke at corporate gatherings. Today, Indra Nooyi is Chairwoman and CEO of Pepsico, which is the second largest food and drink company on the planet. She presides over 185,000 employees in nearly 200 countries, and she still performs on stage at company functions.

23 year-old Nooyi came to the U.S in 1978 to earn her M.B.A. at Yale, where she worked as a dorm receptionist—opting for the graveyard shift because it paid an extra 50 cents per hour. Her parents had told her she was out of her mind and should have stayed in India and gotten married. But the young spitfire “always had an urge, a desire, a passion to settle in the United States.”

She started at PepsiCo as chief strategist in 1994, and made her mark by helping executives make some tough decisions right from the beginning. In 2006, she found out she had been named CEO Steven Reinemund’s successor out of two finalists being considered for the position. Instead of feeling threatened by the other contender, she jumped on a plane to offer him a job as her right-hand, offering to boost his compensation to nearly match her own. He accepted.

Nooyi has a different vision, she’s trying to create a new business paradigm of “performance with purpose”. She’s striving to “bring together what is good for business with what is good for the world.”  The company will forgo fossil fuels in favor of wind and solar, campaign against obesity, and ensure that half of the firm’s U.S. revenue will come from healthful products.

Ya! Rock it lady! How’s that for an inspiring story of pawn to Queen? Her story strikes a chord in that place deep inside, and makes you want to jump for joy. And I’m a coke person. 😉

No matter who you are in this life, whether you’re the King or the Pawn, you chose it simply for the experience, there’s no judgement, and if you decide you don’t want to continue with that experience, you can change the piece you’re playing with because we’re all the same. Once the game of life is over, we all go back into the same box, to our Greater Selves, to our Divine form, as part of All That Is – that’s who Who We Really Are.

6 thoughts on “From Pawn to King”