“Intolerance is itself a form of violence and an obstacle to the growth of a true democratic spirit.”

Like many people in America, and around the world, I was in a state of shock after hearing the results of the presidential election last night. After the shock wore off, my first thought was that I need to be positive, I need to find the good in this.

Blog Beats: Oh What A Night by The Four Seasons

I went on Facebook this morning to find comments and reactions from many of my friends – most were still in shock and not happy with the results, to say the least. Many of their comments echoed my own feelings. Then I saw some comments that were positive, aimed at healing and uniting a country and its torn people. It gave me the idea to share their words with you, to show you that no matter what happens in your world, there’s always a way to see the positive.

“We owe him an open mind and a chance to lead.”

I had already started to put today’s feature image together – a series of healing words on a purple background before Hillary addressed the nation this morning. I chose purple not only because it’s one of Kurilane’s colors, but also because you have to combine red and blue to get purple – it’s symbolic of much needed unity and healing today. It wasn’t a random choice that Hillary and Bill Clinton came out wearing purple this morning either – it was their message that it’s time to unite and heal.

When we bruise, it goes from red to blue to purple. When it turns purple, you know the healing has begun.

Out-of-the-blue, I remembered I’d used a tartan background to make a word cloud last year, and decided to use it instead of the purple background for my feature image. Of course, there was a reason for it – when I looked it up, wikipedia described tartan as “made with alternating bands of colored threads woven [together]…which give the appearance of new colors blended from the original ones.” I was meant to share the meaning as part of today’s message:

We are all uniquely colored bands woven together to make a new, blended greater whole.

It’s time to weave together. It’s time to unite, to accept and embrace our differences, and to heal together. If you’re feeling disheartened or afraid because of the election results, or for any other reason, know that your circumstances do not diminish your unique gifts, or your ability to create the life your desire. You are here to live a life you love, and to share your gifts with the world.

You are here to share your light; let it continue to shine bright.

Here are a few messages from some of the shining lights I’m honored to know (I do not know Prime Minister Trudeau but I had to represent): 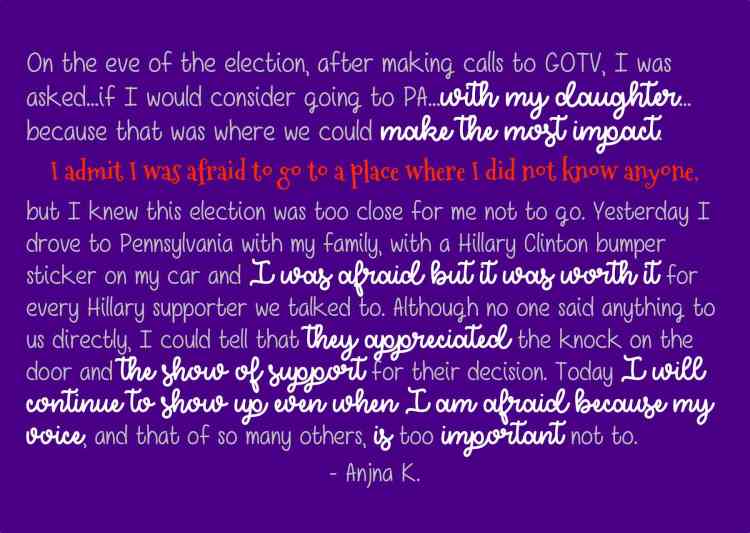 “…to all the little girls…never doubt that you are valuable and powerful and deserving of every chance and opportunity in the world to purse and achieve your own dreams.” 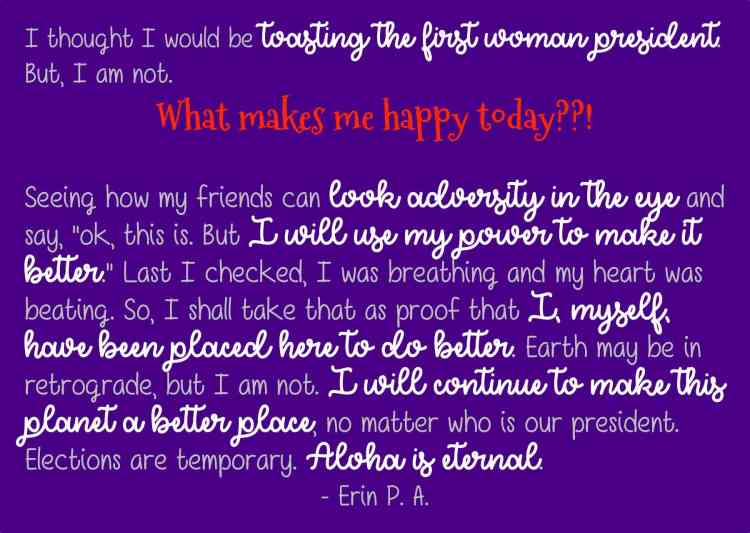 “Always aim at complete harmony of thought and word and deed. Always aim at purifying your thoughts and everything will be well.”

“Where love is, there God is also.” 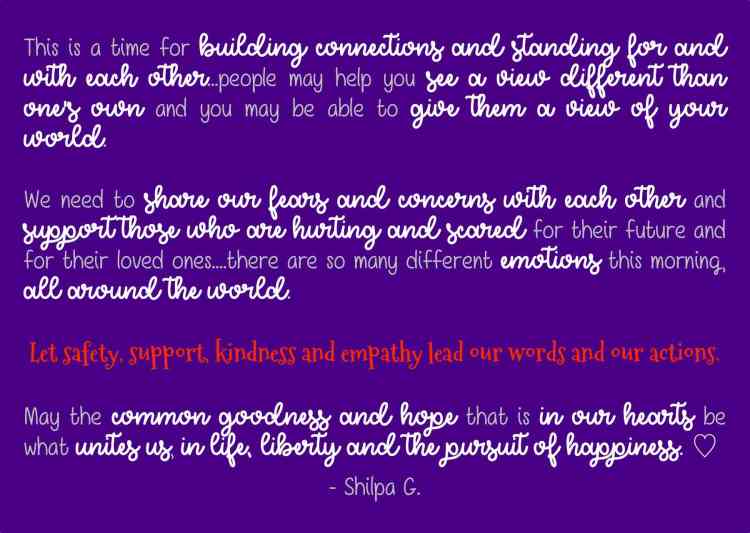 “I claim that human mind or human society is not divided into watertight compartments called social, political and religious. All act and react upon one another.”

“We, the People, recognize that we have responsibilities as well as rights; that our destinies are bound together; that a freedom which only asks what’s in it for me, a freedom without a commitment to others, a freedom without love or charity or duty or patriotism, is unworthy of our founding ideals, and those who died in their defense.”