“Live the Life of Your Dreams. When you start living the life of your dreams, there will always be obstacles, doubters, mistakes and setbacks along the way. But with hard work, perseverance and self-belief there is no limit to what you can achieve.”

Yesterday, I wrote about how intuition is our built-in guidance system, designed to lead us to the life we came here to live – a life full of joy, abundance and the fulfillment of our dreams.

You may have noticed that I didn’t given an example of someone who manifested their dreams by listening to their inner voice – that was by design. I have an awesome example, but like I said, all of my principles of positivity are interconnected, and I wanted to share this story for today’s principle, although it applies to following your instincts as well.

I read this story while I was doing Pam Grout’s energy experiments a couple of months ago – I knew the story beforehand, but I love the way Pam tells it in her book E-Squared, and it illustrates today’s principle that when you believe in yourself, anything is possible so well.

It’s a great story about a little girl from the projects who believed that she could be anything she wanted to be. It’s a bit long, but I promise you’ll be happy you read it. Listen –

“Caryn Johnson always knew she wanted to be an actor. In fact, she says her first coherent thought as a young child was, Man, I’d love to act. Even though she grew up in the New York projects, theater and what she called “pretending to be somebody else” was a big part of her life.

Her life took a detour in high school when her dyslexia caused her to get mistakenly classified as “slow, possibly retarded.” She dropped out of school, became a junkie, and forgot all about her acting dream. By the time she was 19, she was a single mom herself. She did kick the drugs, [but] Caryn was a high school dropout with no skills. She took a job as a nanny and moved to Lubbock, Texas, with the friend who hired her. Eventually, the friend moved to San Diego, and Caryn and her daughter gladly followed.

When the relationship went south, she found herself stuck in California with no money and no skills. She didn’t even know how to drive. “I had no high school diploma,” she says. “All I had was me and my kid.” Oh yeah, and that Man, I’d love to act dream.

During the day, she learned to lay bricks and went to cosmetology school. At night, she played around with an experimental theater troupe. For a while she did hair and makeup for a funeral home, supplementing her income with a welfare check, “worrying about how to get my kid more than one pair of shoes, or how to make $165 worth of groceries last for a month.”

Through it all, she continued to believe that anything is possible. “Acting is the one thing I always knew I could do,” she says.

Her unwavering belief finally unlocked the door. In 1983, famed Hollywood director Mike Nichols happened to catch her performance in an experimental troupe in Berkeley, the Black Street Hawkeyes. He was so blown away by the characters she played that he signed her immediately for a one-woman performance, The Spook Show, on Broadway. Steven Spielberg caught that show and cast her as Celie in The Color Purple. By then, she’d changed her name to Whoopi Goldberg.

“I can do anything. I can be anything. No one ever told me I couldn’t. No one ever expressed this idea that I was limited to any one thing, and so I think in terms of what’s possible, not impossible,” Whoopi said in her autobiography, Book.

“I knew I could never turn water into wine or make cats speak French. But I also learned that if you come to a thing with no preconceived notions of what that thing is, the whole world can be your canvas.

“Just dream it and you can make it so. I believe I belong wherever I want to be, in whatever situation or context I place myself. I believed a little girl could rise from a single-parent household in the Manhattan projects, and still wind up making movies. 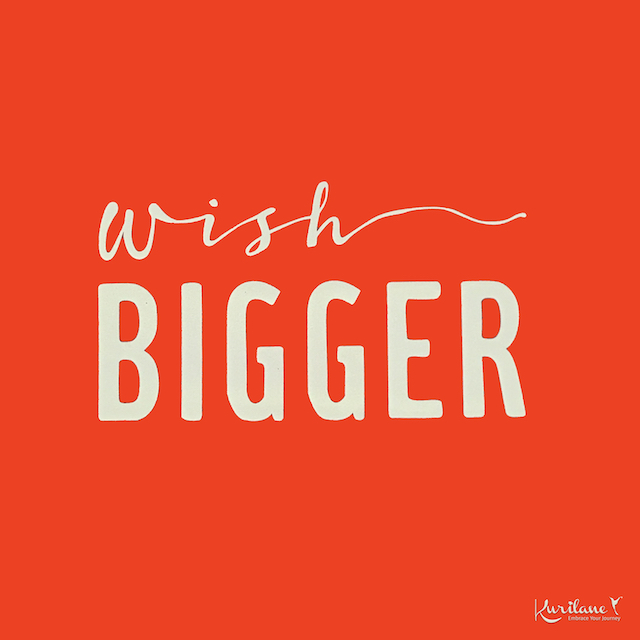 “So, yeah, I think anything is possible. I know it because I have lived it. I know it because I have seen it. I have witnessed things that ancients have called miracles, but they are not miracles. They are the products of someone’s dream. As human beings, we are capable of creating a paradise, and making each other’s lives better by our own hands. Yes, yes, yes—this is possible.

We really do live in a world where anything is possible. When you believe in yourself, and follow your dreams, you vibrate pure joy and of course, the Universe responds by opening doors where there were once walls – the right people and resources appear exactly when you need them to help you along your way, just like they did for the little girl from the projects who didn’t know otherwise.

Isn’t it time to cast your preconceived limitations aside and create your paradise too?

The world is your canvas. Paint your dream today.

Go to my French Hens & Turtle Doves page to see what I painted on my blank canvas of anything-is-possible today!